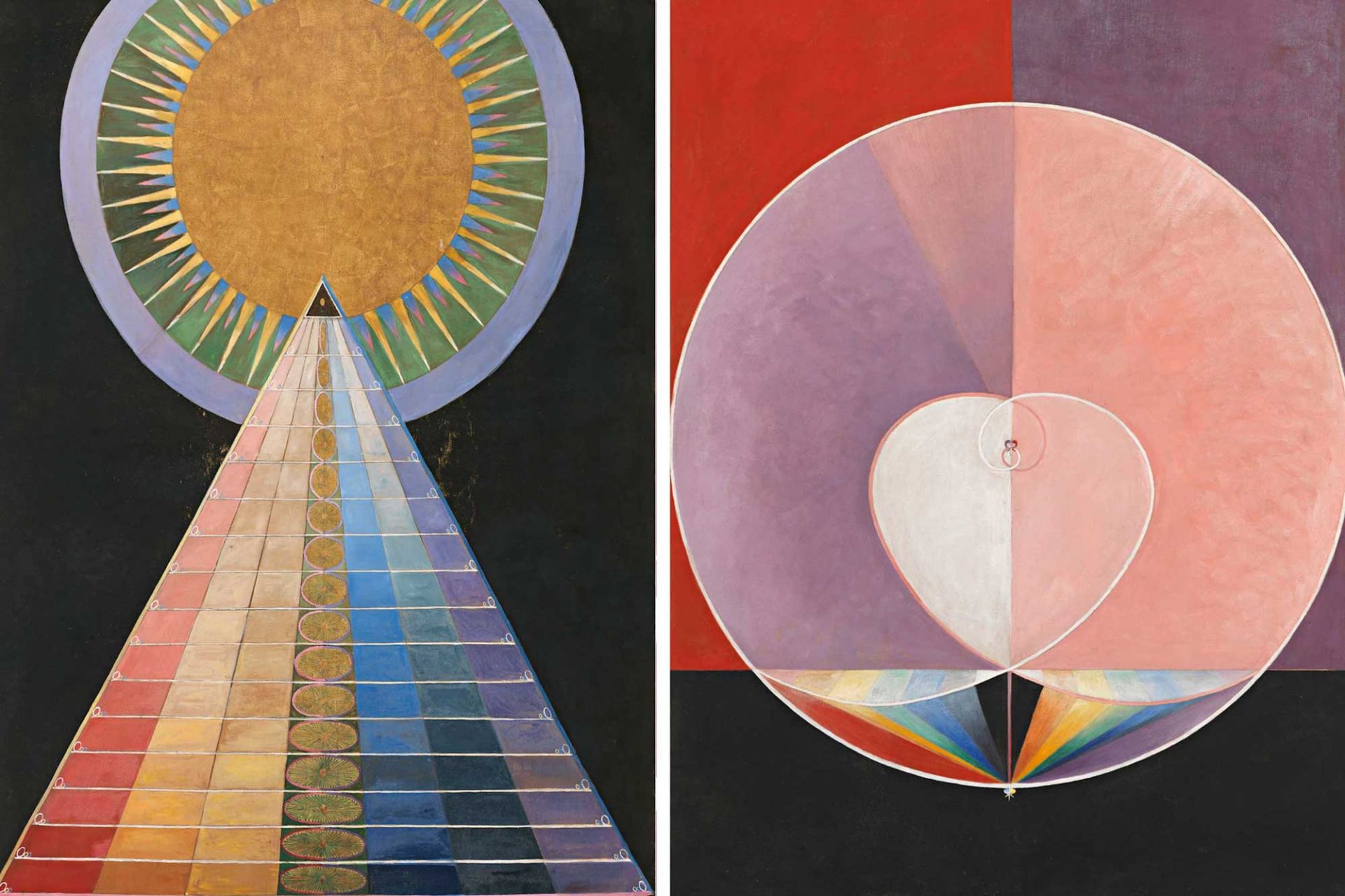 The Swedish artist, Helma af Klint’s secret paintings have recently been rediscovered after been hidden for decades. The global interest that Helma’s paintings are now attracting can be partly attributed to the fact that her earliest abstract works actually precede those executed by those recognised to be ‘fathers of abstract art,’ painters like Wassily Kandinsky, Piet Mondrian and Kasimir Malevich (Higgins, 2021).

Helma af Klint’s paintings are intriguing as well because of their mysterious nature and the spiritual inspiration that informs them. Helma was a Theosophist, who, like Wassily Kandinsky and Franz Marc, was also influenced by the writing and ideas of Rudolf Steiner. The withholding and secrecy surrounding her painting is due not only to the fact that she was a woman – and a spiritualist – it was a decision she made herself that was influenced by Rudolf Steiner. He advised her in 1924 to withdraw her work from the public arena because they may be more useful and better understood in the future. In 1932 Helma took this message to heart and chose to withhold her paintings from view for 20 years after her death. It was only in 2013 that her work was finally released in a museum retrospective of her paintings held at Stockholm’s Modern Museet.
For those interested in the ideas of Rudolf Steiner and the role played by Imaginative vision, Helma’s paintings are truly remarkable for her use of vibrant colour, mysterious symbols, and her dedication to seeing her art as an essential part of her own inner spiritual quest and of service to the world.
No one had created paintings like hers before – so monumental in scale, with such radiant colour combinations, enigmatic symbols and other-worldly shapes. In an era of limited creative freedom for women, her paintings became an outlet for her exceptional intelligence, spiritual quest and ground-breaking artistic vision.
(Higgins, 2021)
Listen to Dr Fiona Campbell who is a visual artist, a researcher, and an art educator with a PhD in creativity and cognition, as she shares her immersive, colour-led creative process that is influenced by Steiner’s ideas about colour, visual art and imagination or Living Thinking
Write your awesome label here.
References:
Jo Higgins, ABC Arts, Posted Fri 25 Jun 2021 at 5:17am
https://www.abc.net.au/news/2021-06-25/hilma-af-klint-artist-art-gallery-of-nsw/100238686
https://www.artgallery.nsw.gov.au/whats-on/exhibitions/hilma-af-klint/
Social accounts
Get in touch
Our Newsletter
Stay in touch and get notified when we share new ideas and possibilities.
Thank you!
imagineerMe Pty Ltd’s Head office is in the City of Sydney NSW on Gadigal Country. We acknowledge the Eora People, the traditional owners of the land on which we work. We also acknowledge the Traditional Custodians of Country throughout Australia and recognise the continuing connection to lands, waters and communities. We pay our respect to Aboriginal and Torres Strait Islander cultures and to Elders past, present and emerging.
Copyright © 2022 ImagineerMe Pty. Ltd. All rights reserved.
Login or sign up to start learning
Start learning
or
Sign up to !
or
click to upload avatar
I accept the Terms & Conditions
I would like to receive news, tips and tricks, and other promotional material
Start your learning journey
Sign in with your account Forgot your password?
Get a brand new password!
OK
cancel
Get a brand new password!
OK
cancel